Board Member of the COORDINATING COMMITTEE OF THE RUSSIAN COMPATRIOTS ASSEMBLY IN MALTA (CCRCA) - http://russkienamalte.com/page

IPPO MALTA got the Award for best voluntary work, culture & art entrepreneur of the year 2015 (MBR 2015)

The Highest Degree of the Chapter of the Russian IMPERIAL House – Irina Vladimirovna Malikova was awarded with a silver medal «For diligence and the help».

Mrs. Irina Malikova and ICS Hon. Chairman of the Board trustees - Doctor Victor Emanuel’ Ragonesi visited Russia under V.V.Putin’s invitation. Award of Lomonosov as an estimation of his philanthropic activity and strengthening of cultural connections between peoples of Malta and Russia was received from V.V. Putin.

Mrs. Irina Malikova relieved Imperial Order of St. Anna from H.I.H. GRAND DUCHESS MARIA OF RUSSIA as the recognition of supporting the “National interests of Russia from a pole to a pole”.

Under the decree of the Head of the Russian Imperial House, on 27 December 2014, the Certificate of the Russian Nobility was awarded to Family Malikov. 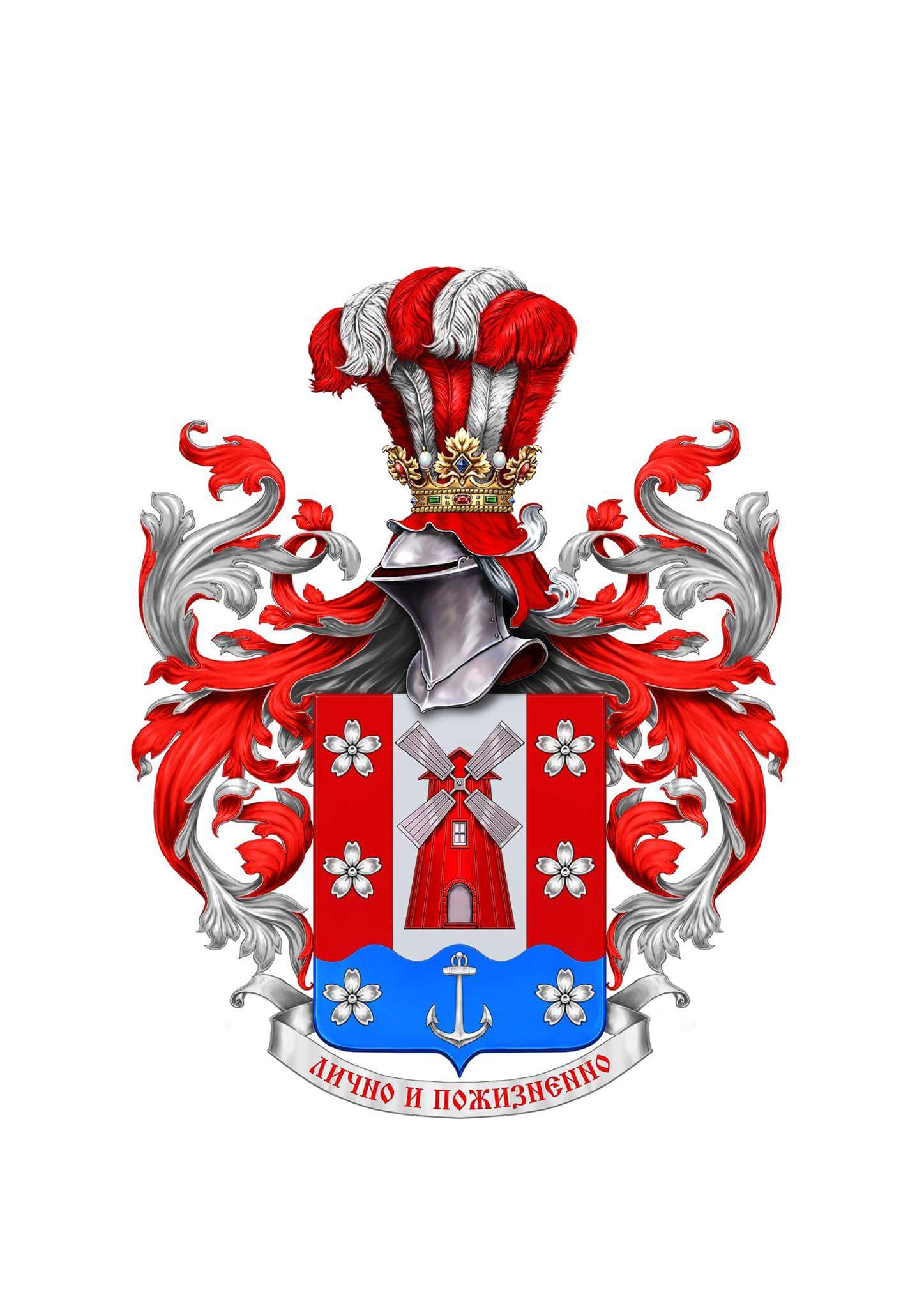 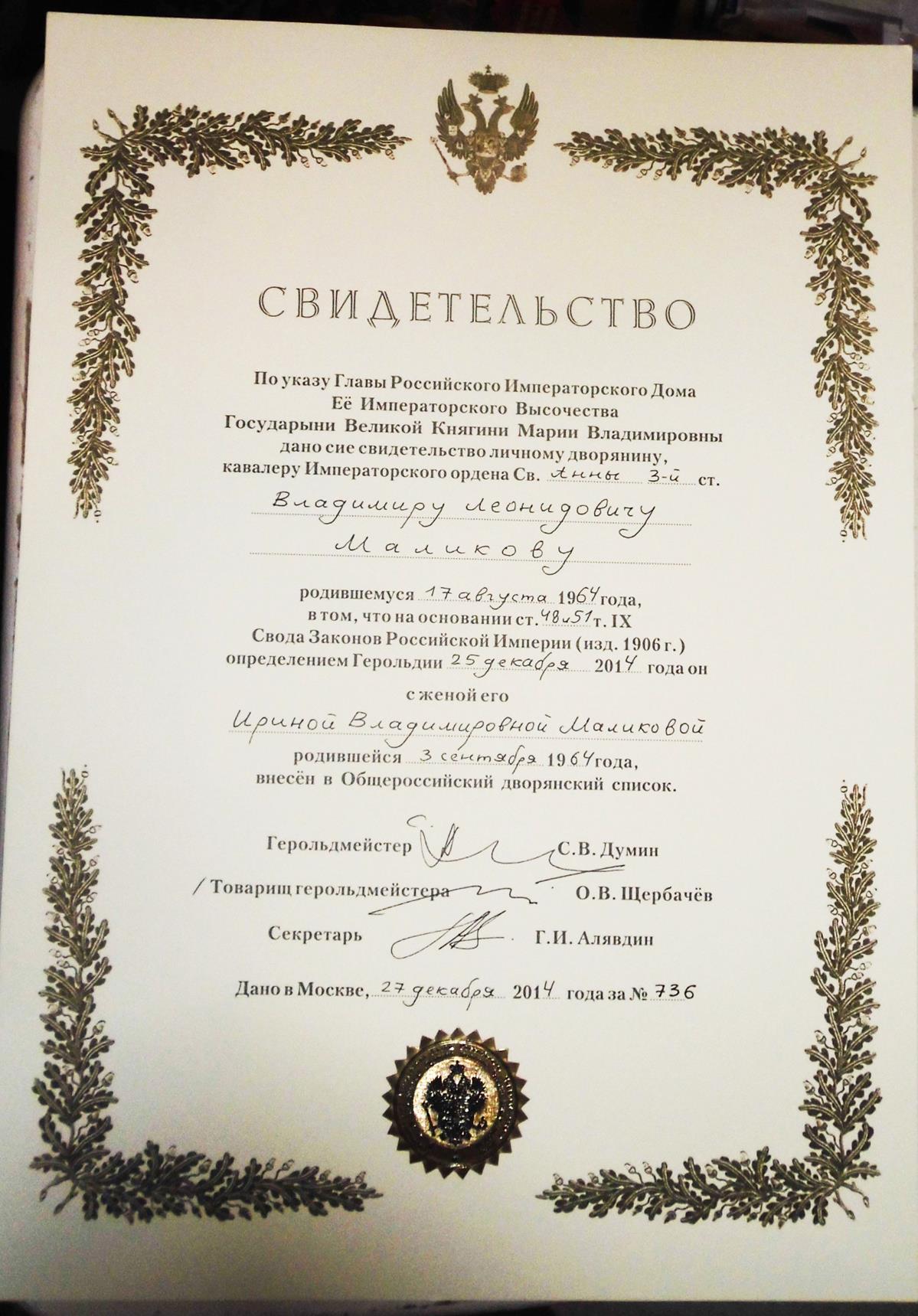 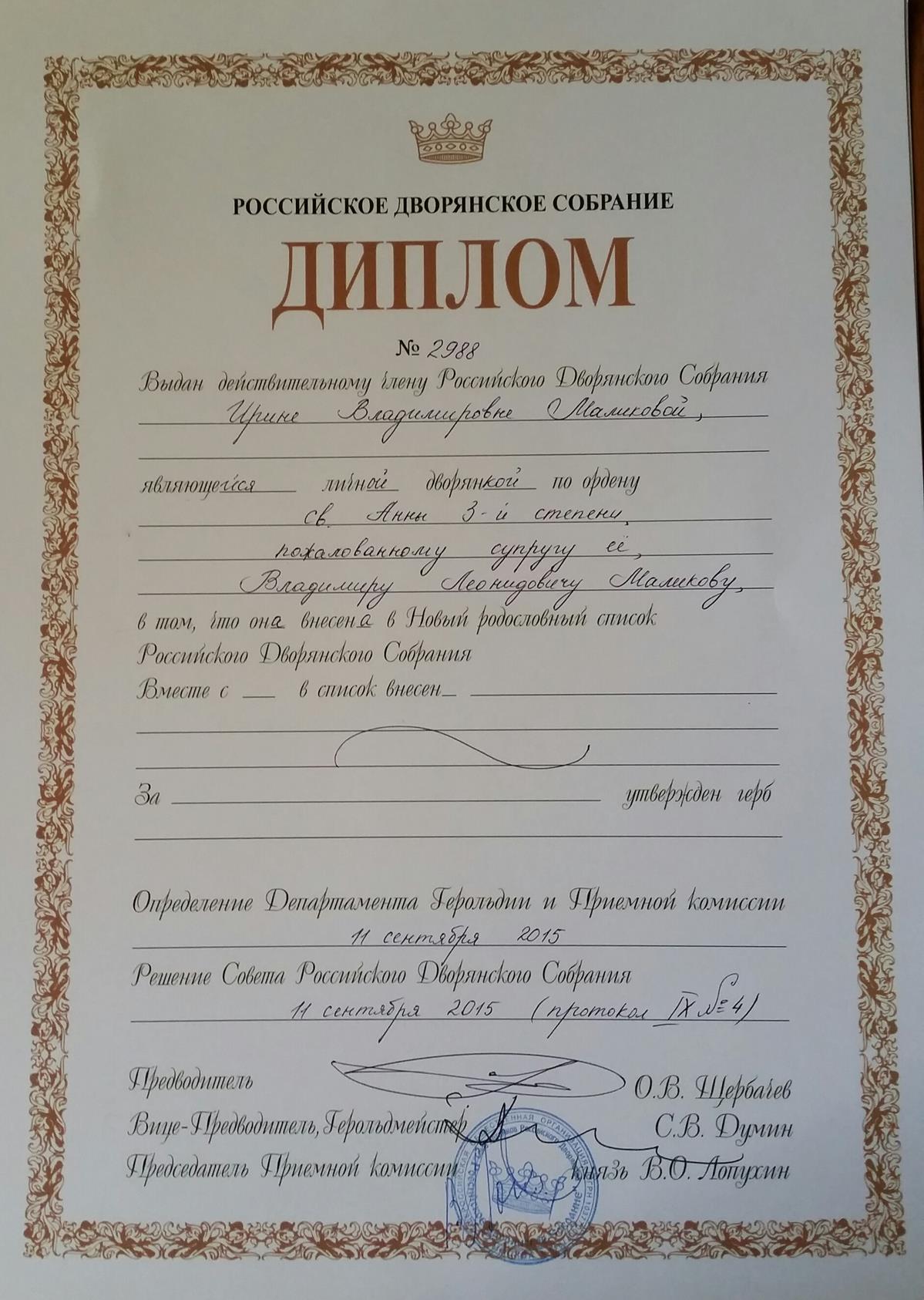 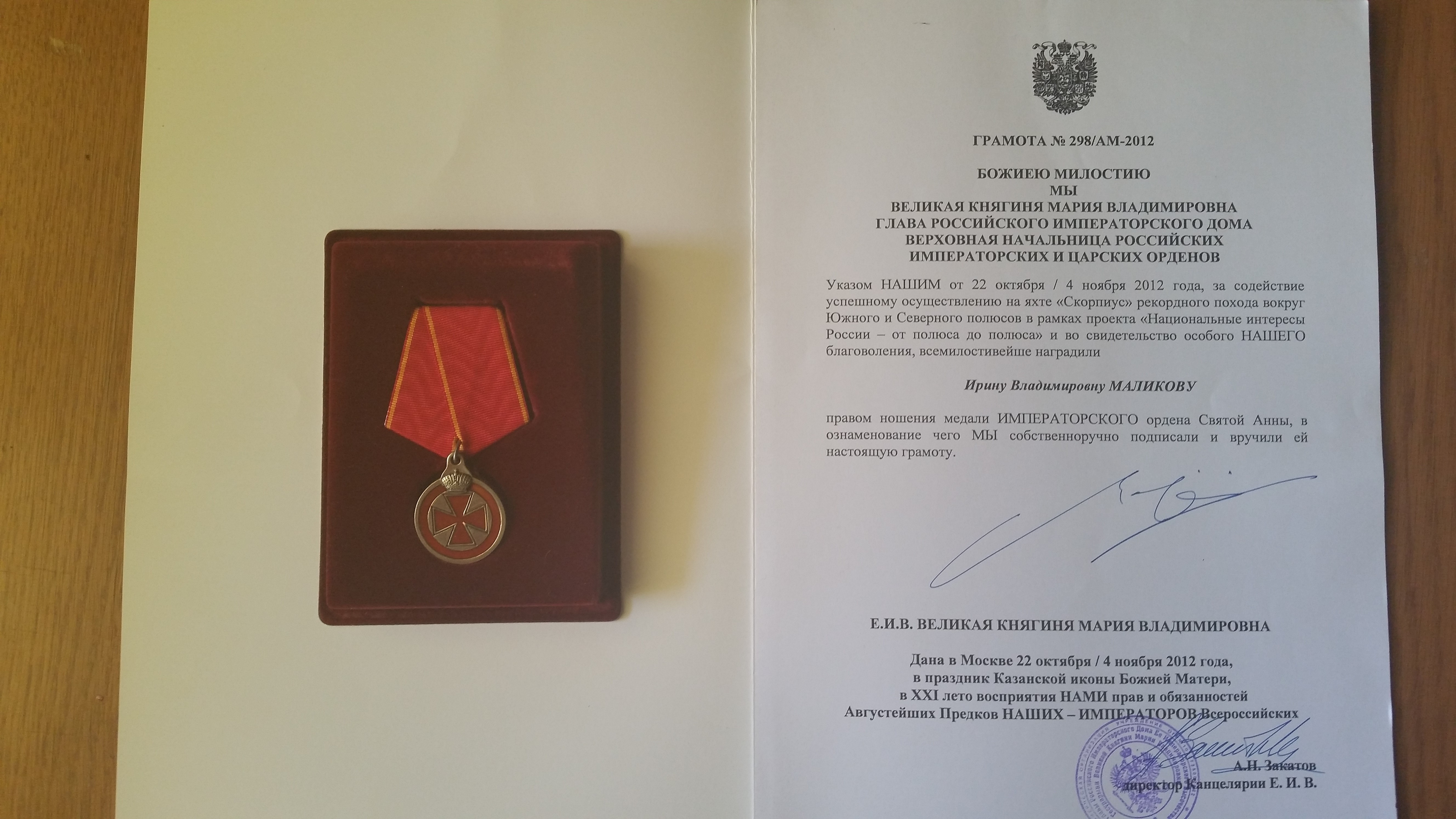 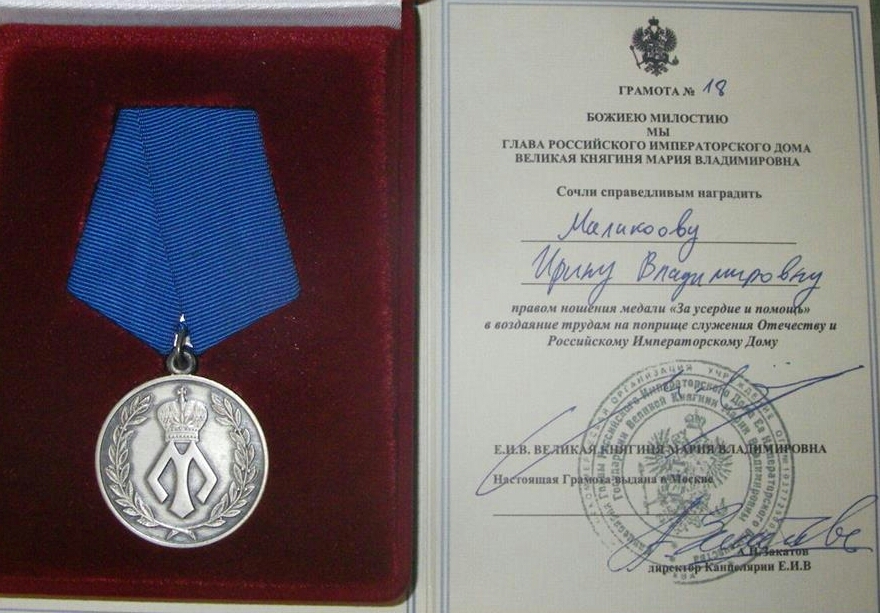 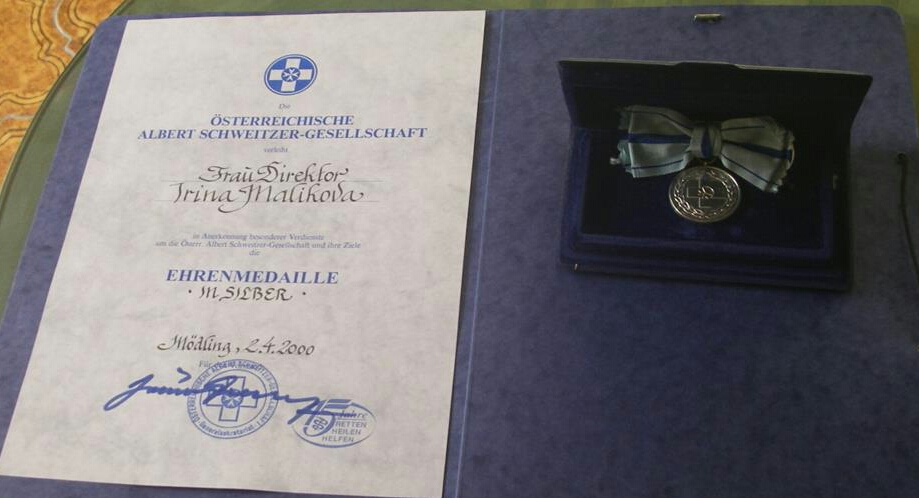 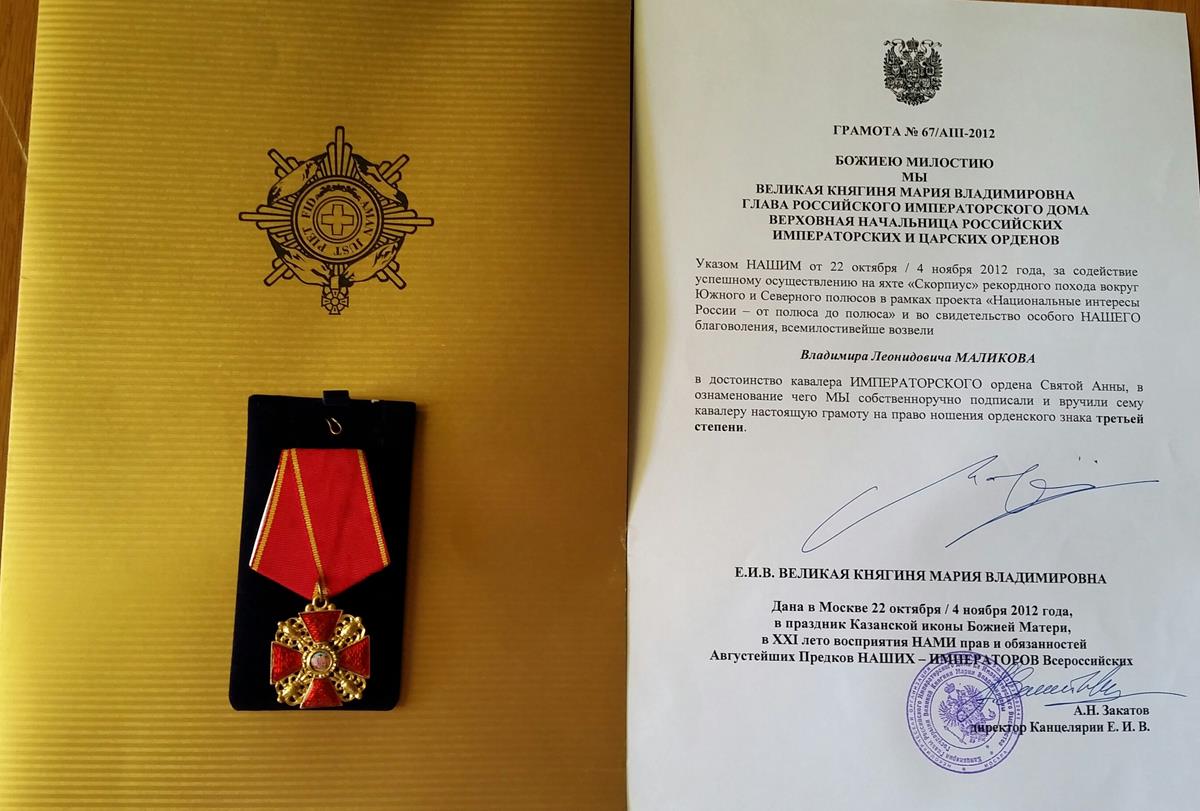 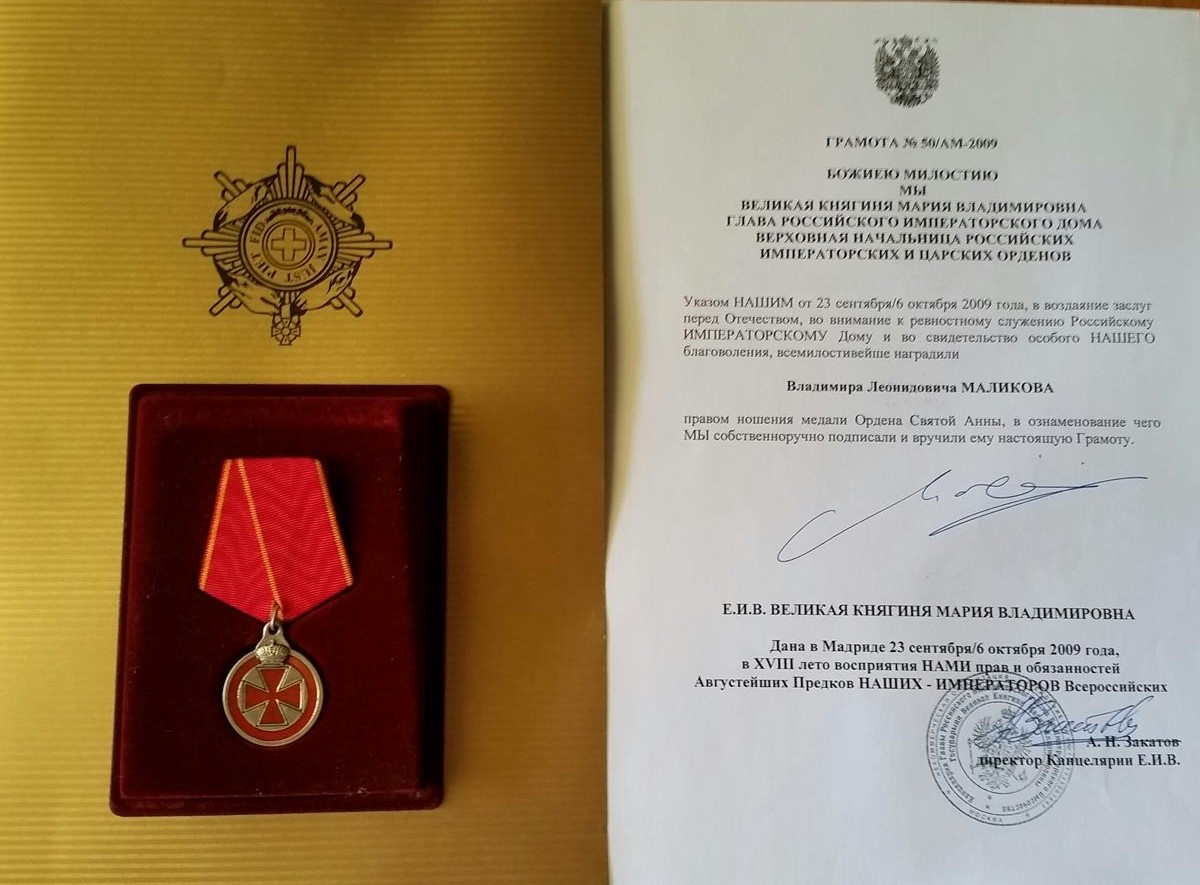