On June 3rd, 2016, the head of the Maltese office of the Imperial Orthodox Palestinian Society, I.V.Malikova, met her Excellency the President of the Republic of Malta, Marie Louise Coleiro at the Palace of San Anton. The Head of the Maltese office of IPPO spoke in detail to the President about The imperial Orthodox Palestinian (Holy Land) Society, its Maltese office and its objectives. » She spoke, in particular, about the international project “Kind Guardian Angel of the world” whose author is a member of IPPO, the honoured artist of Russia, Petr Timofeevich Stronsky. The project is to install a sculpture of the Angel on the embankment of Та’ Xbiex, which will be a sign for ships entering the harbour. Madam President assured Irina Vladimirova of her full support for this project and agreed to give it her personal patronage. The question of the possibility of the visitof the Head of the Russian Imperial House, Grand Duchess Maria Vladimirovna (Honorary member of IPPO) from 5th till 9th December was also discussed. The Maltese office IPPO MALTA will be inviting H.I.H.Grand Duchess Maria of Russia, whose grandmother Grand Duchess Fiodorovna (nee Princess Velikobritanskaya and the Irish Victoria-Melita) was bornin the palace of San Anton on November 25th , 1876. The President of Malta showed interest and promised she would be happy to meet Her Imperial Highness. At the end of the meeting, I.V. Malikova presented to the President a painting by the famous artist Zhenya Shef (our compatriot Evgeny Vladimirovich Schaffer, living in Germany) for the Charity Foundation, Malta Community Chest Fund, of which the President is the head. 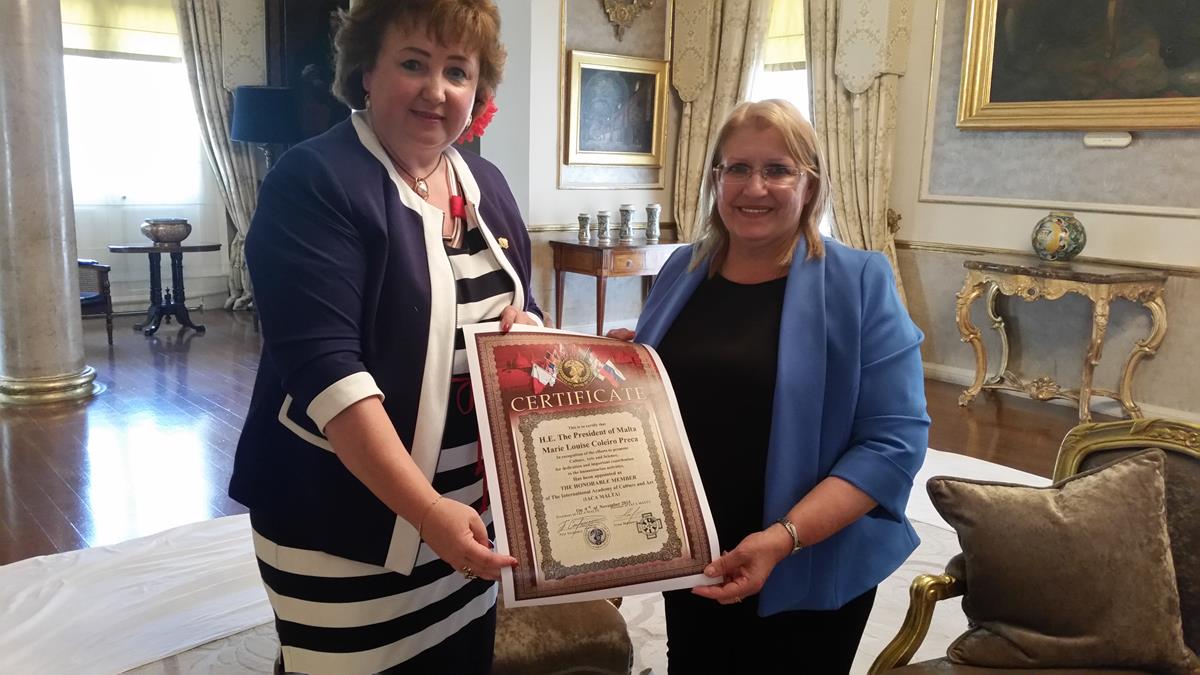 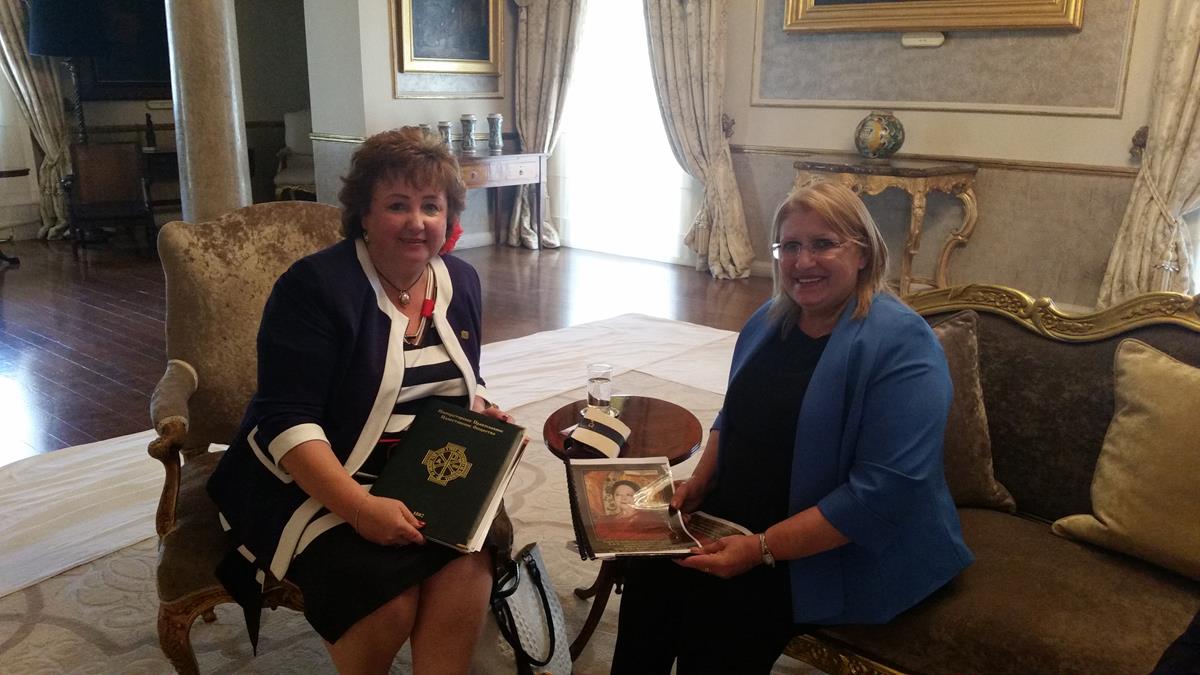 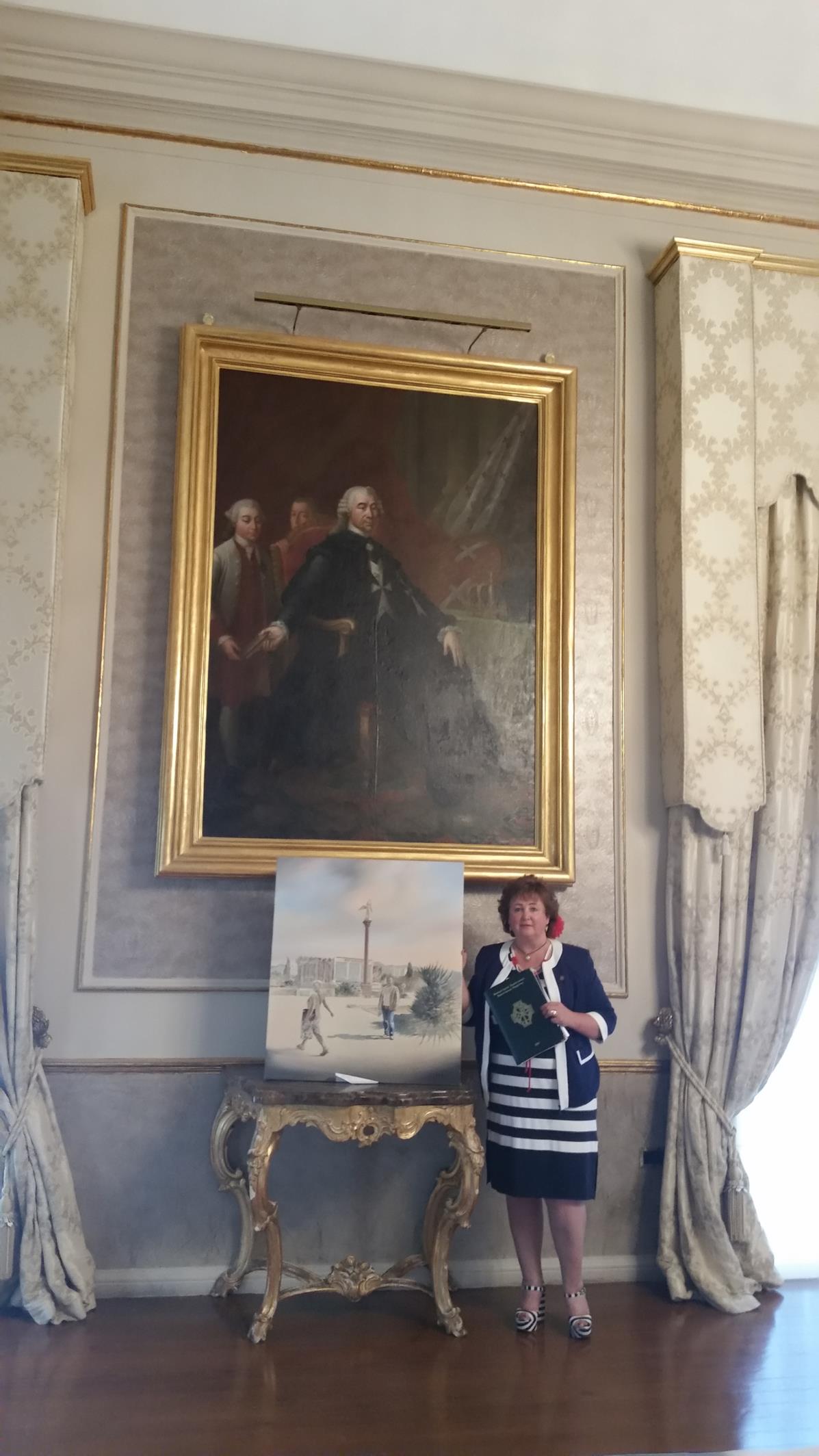 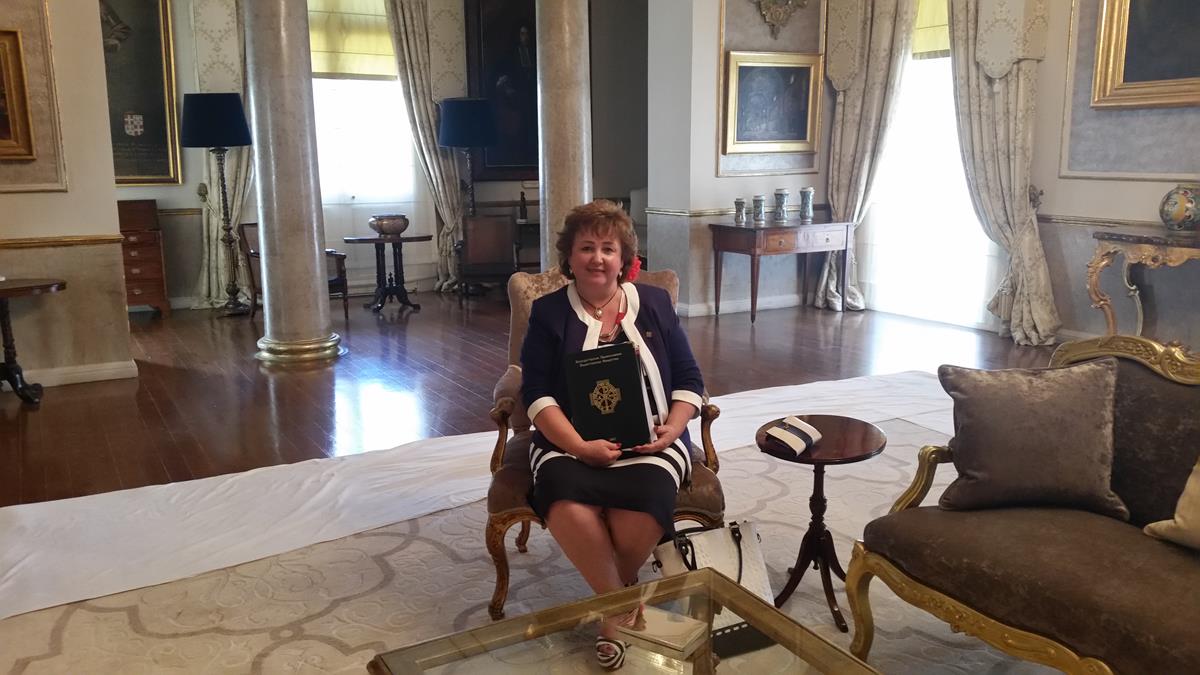